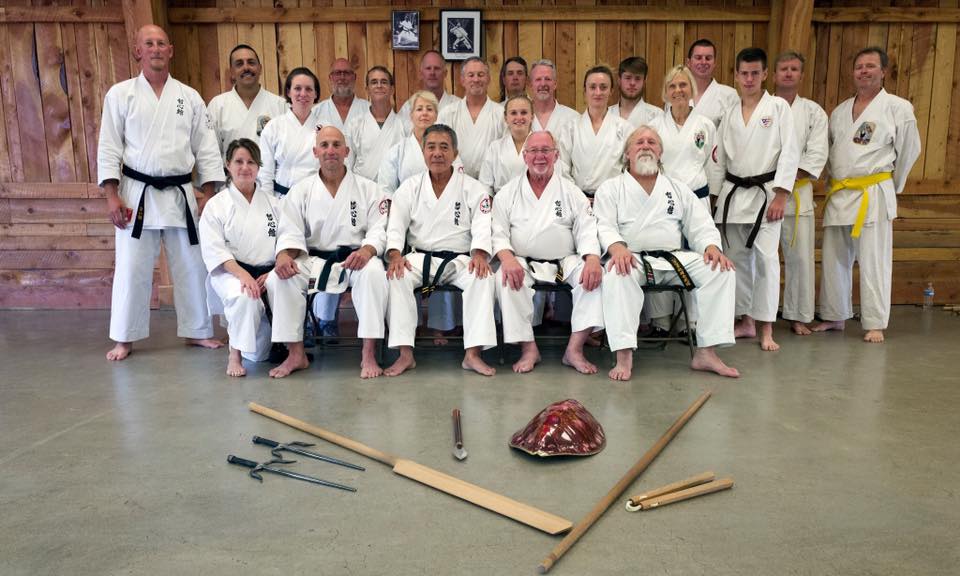 Ryukyu Kobudo is the Original weapons system of Okinawa with its roots tracing back over 400 years. The Tesshinkan officially began May 22, 1999, following the death of Akamine Eisuke Dai Sensei of the Ryukyu Kobudo Hozon Shinko Kai, and is dedicated to purveying traditional Ryukyu Kobudo as it was passed from Akamine Sensei to Tamayose Hidemi Sensei, to Ash Sensei to you. We teach Ryukyu Kobudo to kids and adults who have reached the required belt level to join the Kobudo class.